From the original book cover:

Mr. Archibald Lyall has struck completely virgin soil for his new travel book. This is the first work that has ever appeared in English on the Portuguese colonies of either Guinea or the Cape Verde Islands. They may truly be said to be two of the least known territories in Africa, if not in the world—but by no means two of the least important. With the German demand for colonies, and the confused future of the Mediterranean, they may yet leap into front-page news, and Mr. Lyall has much that is topical to say about the strategic importance of Cape Verde, and about the German activities in the Bissagos Islands, off the Guinea coast, where the French newspapers place secret naval bases almost weekly. During his adventures, Mr. Lyall sailed in the last wind-jammer still left in the trans-Atlantic passenger trade, he stayed with alleged cannibals, hobnobbed with some of the most eccentric exiles ever to be washed up on a tropic beach, discovered the worst poet in the world—and at least one very good one."

About life in Portuguese Guinea (excerpt2)

About the Creole ("Kriolo") language (excerpt3)

Posted by Andreas Heuijerjans at 10:23 AM No comments:

Soon the republication of Archibald Lyall's visit to the Cape Verde Islands and 'Portuguese Guinea' of 1936 - published as Black and White Make Brown in 1938 - is finished. As a teaser, I will pre-publish some excerpts here. [About life in Portuguese Guinea] "It is, in short, an idyllic existence, that of such jungle villages as Tuan. Even then I did not humbug myself into imagining that I would like to spend the rest of my life there, or that we sophisticated Europeans would ever be capable of adapting ourselves to the simple life, however enthusiastic we may be about it in theory; but the people who have never known anything else are perhaps the happiest in the world. They are beautifully mannered, absolutely natural and utterly innocent. (And by that I do not mean to imply that they have not known what we call ‘the facts of life’ ever since they could toddle. The very fact that they have, is one of the reasons for their innocence.) Their lives have very few complications. They have never heard of such a thing as jealousy. Nobody looks cross if you pay more attention to somebody else than to her. In this Utopian society the girls do not even know their ages, let alone lie about them. “How many rains have you?” I asked Cadi in the Creole phrase. She said: “I don’t know,” and skipped laughing away. No one had ever asked her that before. If civilisation lies in the solution of the problem of how to lead a good and happy life, then these ‘savages’ are ten times as civilized as the Europeans with their treadmill scramble for money and possessions, and their innumerable little fears about their positions and their reputations and their souls and their sins, and twenty times as civilised as the wretched, self-complicated, self-tortured Asiatics. As Van de Velde says, ‘To be happy is an art, and is meritorious in itself.’ He might have added that it is rapidly becoming a lost art."
Posted by Andreas Heuijerjans at 7:47 AM No comments:

Soon the republication of Archibald Lyall's visit to the Cape Verde Islands and 'Portuguese Guinea' of 1936 - published as Black and White Make Brown in 1938 - is finished. As a teaser, I will pre-publish some excerpts here. [About St. Vicent] "...there is now nobody to say a mass, since the old black priest of Ribeira Grande died two or three years ago. I should have liked to have met the old padre. He was reputed to have a hundred children, and his parishioners respected him equally for his fecundity and for his political influence. Most of the old negro priests of Santiago have, or at any rate used to have, large families. Nobody thinks the worse of them, for blood runs warm in the tropics and the morals of the old slave days still survive in the Islands; the old days when the master took any girl he fancied and the blacks mated together like animals. When I was in St. Vincent, I was told of a recent case in which a woman brought a man into Court for attempted rape. The judge was puzzled, when she had finished her story. He said: "But there is one thing you have not made clear. What was your reason for resisting this man?" The woman replied rather lamely that she was defending her virginity. "Ah, now that is a reason," said the judge. "Let us see if it is true." The Court thereupon adjourned while the plaintiff underwent a medical examination. When it met again, the doctor reported that she was not a virgin. The case was dismissed on the ground that she had nothing to defend, and she was severely reprimanded for wasting the time of the Court. Among the lower classes marriage is looked on as an entirely unnecessary bother and expense. The latest statistics show that at least two-thirds of the children born in the Islands are technically illegitimate, and a priest whom Dr. Friedlander met in St. Vincent in 1912 put the proportion there as high as 98 per cent. This does not matter to them, for the Capverdians are very fond of children, and no stigma attaches to bastardy."
Posted by Andreas Heuijerjans at 10:26 AM No comments: 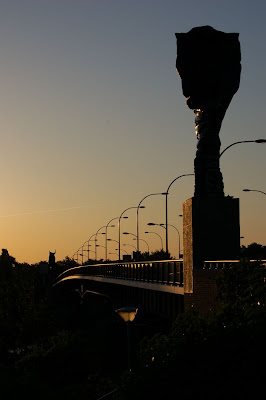 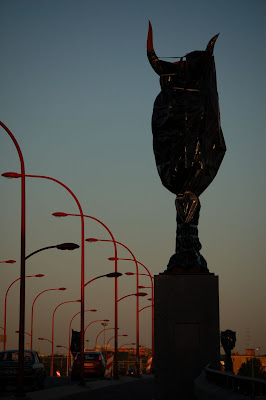 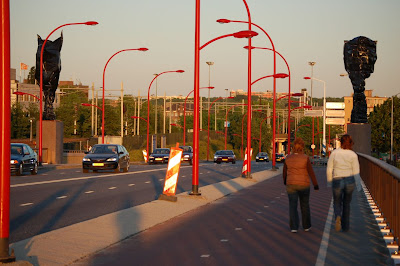 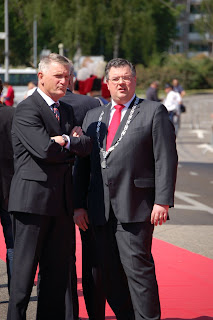 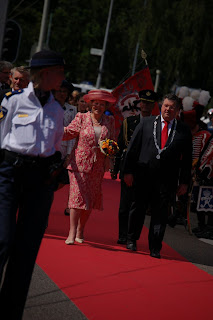 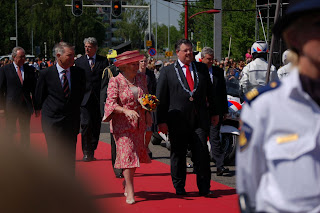 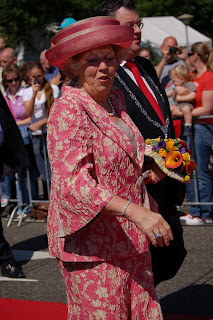 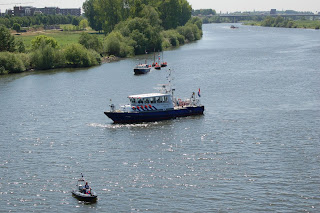 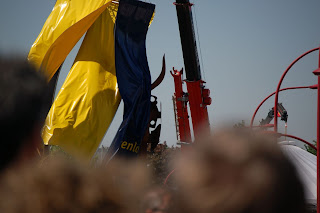 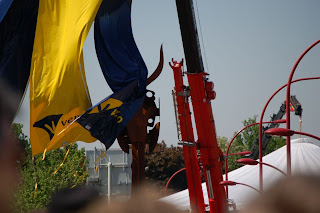 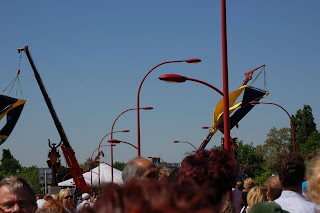 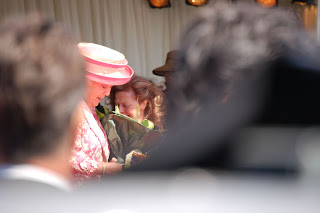 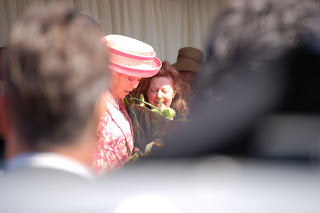 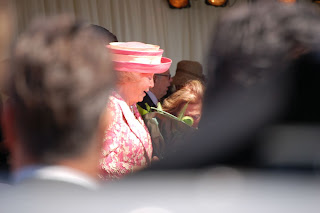 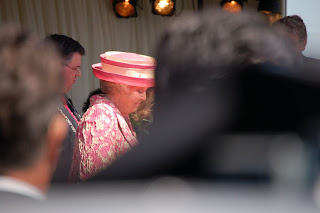 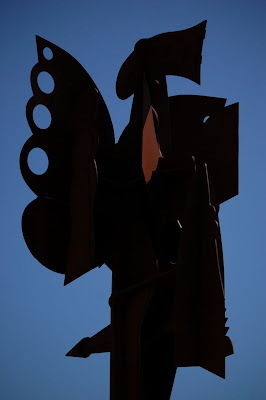 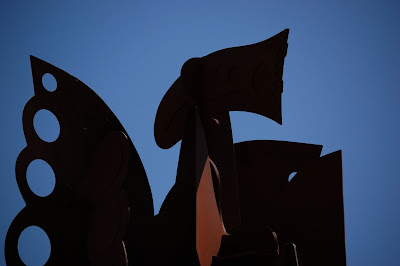 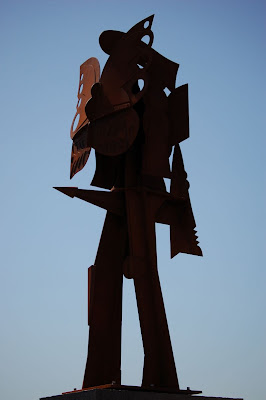 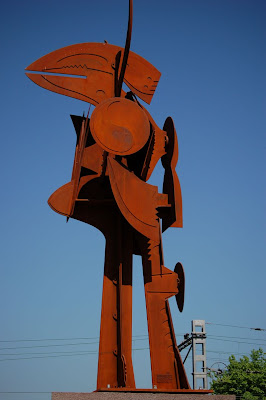 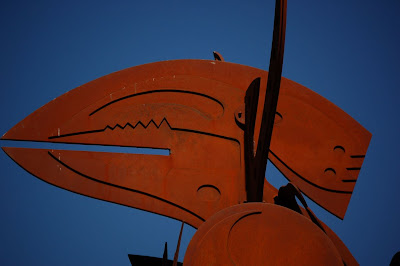 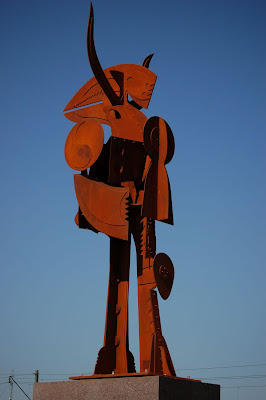 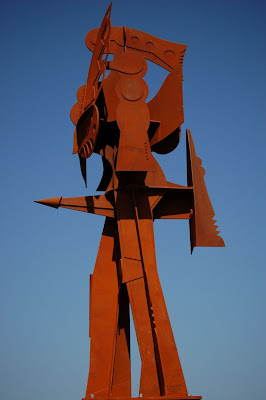 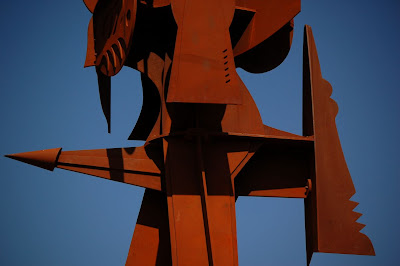 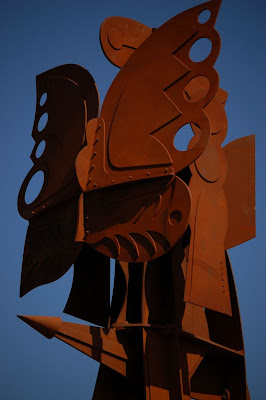 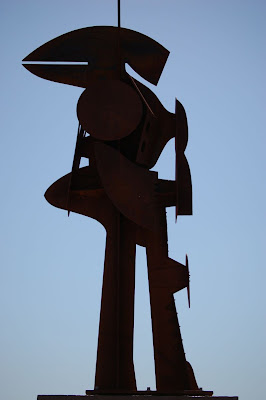 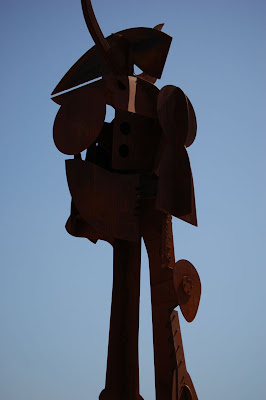 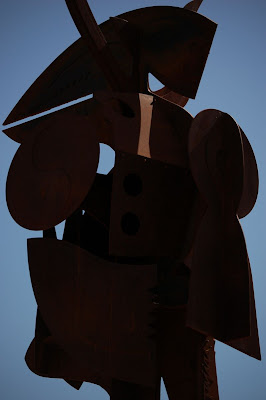 Posted by Andreas Heuijerjans at 6:47 AM